Ursula von der Leyen on Thursday hailed a "more pragmatic spirit" in talks between the UK and the European Union aimed at resolving post-Brexit trade problems in Northern Ireland.. "I'm glad that today our talks with London are marked by a new, more pragmatic spirit," von der Leyen said during a wide-ranging 25-minute speech that lauded Ireland's place "at the heart of Europe".

Ursula von der Leyen on Thursday hailed a "more pragmatic spirit" in talks between the UK and the European Union aimed at resolving post-Brexit trade problems in Northern Ireland.

The EU chief told Irish lawmakers in Dublin that the EU was "listening closely" to all voices in British-run Northern Ireland amid the ongoing frictions over the UK's departure from the bloc.

London and Brussels have been negotiating through this year as they try to ease the tensions over new Northern Irish trade arrangements, which treat the province differently from the rest of the UK.

EU-UK relations were strained during former British prime minister Boris Johnson's tenure, after he introduced legislation to unilaterally overhaul the so-called Northern Ireland protocol he had agreed with the bloc in January 2020.

Although that draft law is progressing through parliament, the tone of ongoing diplomacy appears to have improved since Rishi Sunak became prime minister on October 25.

"I'm glad that today our talks with London are marked by a new, more pragmatic spirit," von der Leyen said during a wide-ranging 25-minute speech that lauded Ireland's place "at the heart of Europe".

"By applying common sense and focusing on the issues that really matter in Northern Ireland, I believe we can make progress in resolving the practical issues surrounding the protocol."

But she warned the consequences of "the kind of Brexit chosen by the UK cannot be removed entirely", and that the bloc's single market must continue to function in Ireland.

"If both sides are sensitive to this careful balance, a workable solution is within reach," she added, noting her contacts with Sunak had been "encouraging".

The protocol was signed separately from the trade and cooperation deal that cemented the UK's formal departure from the European Union in January 2021.

But its implementation has proven a flashpoint for disagreement between the bloc, member state Ireland and the UK -- and even threatens a possible EU-UK trade war if London's unilateral overhaul legislation passes.

That was designed to prevent a "hard" border between Ireland and Northern Ireland -- a key plank of the 1998 Good Friday Agreement that largely ended three decades of conflict.

However, it has enraged hardline unionists, including the Democratic Unionist Party (DUP), leading to their boycott of the devolved assembly in Belfast since February.

Von der Leyen sought to reassure Dublin that the bloc would continue to "stand by the Good Friday Agreement", insisting "there can be no hard border on the island of Ireland".

Irish prime minister Micheal Martin, who last month noted "a window of opportunity" existed to end the dispute following face-to-face talks with Sunak, thanked the EU for its "unswerving solidarity" during Brexit.

"Like you, we want to see a new and vital partnership with United Kingdom... which will be achieved if we can resolve the issues relating to the protocol," he told parliament.

"With the right political will, I believe that we can achieve that." 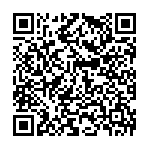