US green plan should be 'wake-up call' for EU industry: French minister

French Finance Minister Bruno Le Maire on Friday said Washington's $430 billion plan to spur climate-friendly technologies in the United States must be seen as a wake-up call for Europe.

The EU "must be able to sweep in front of our own door" before worrying about the effects of the US climate plan on European industry, Le Maire told AFP in Washington, where he was part of French President Emmanuel Macron's US state visit.

Even though the EU has already "changed its approach" on promoting green industry, the US climate plan must be seen as a "wake-up call" in the European Union, he added.

Le Maire's comments came as EU countries have poured criticism on Washington’s landmark Inflation Reduction Act (IRA), seeing it as anti-competitive and a threat to European jobs, especially in the energy and auto sectors.

The act, designed to accelerate the US transition to a low-carbon economy, contains around $370 billion in subsidies for green energy as well as tax cuts for US-made electric cars and batteries.

Macron on Wednesday slammed the plan's "Made in USA" provisions as "super aggressive" for European businesses.

But at a joint press conference with Macron, Biden said that he and the French leader had agreed to "discuss practical steps to coordinate and align our approaches", though he said he would not apologize for the US plan.

Biden added the IRA was never intended to disadvantage any US allies.

Last month, EU Internal Market Commissioner Thierry Breton threatened to appeal to the World Trade Organization and consider "retaliatory measures" if the United States did not reverse its subsidies.

Le Maire also criticized the EU's own climate spending plans, arguing that they were too cumbersome and loaded with red tape.

"If the ambition is the same" as the Europeans, the United States relies on methods that "are simpler and faster", he said.

"They put immediate and massive tax credits where we provide state aid (to specific projects) which sometimes take two years to be adopted and are too complex to implement," said Le Maire. 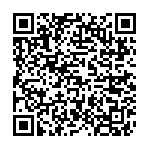