Russia shrugged off a Western-imposed price cap on its oil exports on Monday, warning that it would not disrupt its military campaign in Ukraine.. The cap is the latest in a number of measures spearheaded by Western countries and introduced against Russia -- the world's second-largest crude oil exporter -- after Moscow sent troops into Ukraine over nine months ago.

Russia shrugged off a Western-imposed price cap on its oil exports on Monday, warning that it would not disrupt its military campaign in Ukraine.

The $60-per-barrel price cap agreed by the European Union, G7 and Australia aims to restrict Russia's revenue while making sure Moscow keeps supplying the global market.

"Russia's economy has all the necessary potential to fully meet the needs and requirements of the special military operation," Kremlin spokesman Dmitry Peskov told reporters, using Moscow's term for the Ukraine offensive.

"These measures will not affect this," he said.

Russia, he added, "will not recognise" the measures, adding that they amounted "a step towards destabilising the global energy markets" and that they would "change" oil prices.

The cap is the latest in a number of measures spearheaded by Western countries and introduced against Russia -- the world's second-largest crude oil exporter -- after Moscow sent troops into Ukraine over nine months ago.

The measure comes on top of an EU embargo on seaborne deliveries of Russian crude oil that came into force on Monday.

The embargo will prevent seaborne shipments of Russian crude oil to the European Union, which account for two thirds of the bloc's oil imports from Russia, potentially depriving Russia of billions of euros.

The market price of a barrel of Russian Urals crude is currently around $65 dollars, just slightly higher than the $60 cap agreed, suggesting the measure may have only a limited impact in the short term.

Kyiv, after initially welcoming the price ceiling, later warned it would not do enough damage to Russia's economy.

He added that Russia had already caused "huge losses" by "deliberately destabilising" the global energy market.

The G7 nations -- Canada, France, Germany, Italy, Japan, Britain and the United States -- along with Australia have already said they are prepared to adjust the price ceiling if necessary.

In recent months, gas prices have skyrocketed since Moscow halted deliveries to Europe in suspected retaliation for Western sanctions and the bloc struggled to find alternative energy suppliers.

Ukraine too is suffering an energy crisis following weeks of systematic Russian strikes on its energy grid, which have led to emergency power cuts.

Nearly half of the country's energy system has been damaged and Ukrainians are frequently left in the cold and dark for hours at a time with temperatures outside dropping below freezing.

In the town of Borodianka outside the capital Kyiv, where snow has already coated the ground, locals gather around old wood-fired stoves inside tents to keep warm and cook food during the blackouts.

"We are totally dependent on electricity ...  one day we had no electricity for 16 hours," Irina, who had come to the tent with her child, told AFP.

Volunteer Oleg said it was hard to say how Ukraine would manage in the coming winter months.

"It is impossible to prepare for this winter because no one has lived in these conditions before," he said. 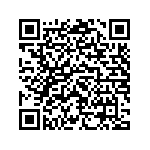 Back and forth: Ukrainian village awaits another Russian attack