The decentralized Parex ecosystem, which sees autonomous structures as the central value proposition of blockchain, has announced it will launch its own blockchain, Parex Chain, in late December.

New York, New York--(Newsfile Corp. - December 7, 2022) - The decentralized Parex ecosystem will launch its own blockchain Parex Chain in late December, thus all mining activities for the Parex cryptocurrency Parex Coin will be conducted on the Parex Chain. Using decentralized blockchain technology, an alternative is provided which has the potential to overcome the crises that centralized exchanges have been facing lately.

Caption: The decentralized Parex ecosystem has announced it will launch its own blockchain, Parex Chain, in late December.

Set up as a completely decentralized structure from inception to implementation, it is characterized by the power and focus of the community, working through bridges set up on four different blockchain networks. Parex coin miners decide on the total supply of Parex and its distribution among the different chains. The project, which has not proceeded with pre-sales or debt collection to date, is designed so all Parex coins are owned by the community and the miners. This means Parex is managed according to the decentralized autonomous organization (DAO) model.

"When we release Parex Chain in December, we intend to build a decentralized structure and fully leverage the decentralization promise of the blockchain for the first time," said Liam Anthony, CEO of Parex Project. "Our community has been in favor of limiting the supply of Parex coins from the outset. For this reason, we have capped the supply at 77 million. Parex Chain is the first step in making all projects developed in the Parex ecosystem available globally."

Furthermore, after the launch of Parex Chain, Parex Inc. will provide incubation support for projects to be developed within the network. Parex's revenue from the ecosystem, which is managed on a DAO model, will be shared with the Parex community. Following the release of Parex Chain, Parex Coin will be listed on central exchanges and platforms such as Coinmarketcap and Coingecko which rank in the top 10, and an NFT marketplace and swap platform will form part of the Parex market in the future.

Caption: The decentralized Parex ecosystem will launch its own blockchain Parex Chain

Anthony pointed out that Parex increased the number of its miners by a factor of 17 to reach 5,000 in just one year, stating, "Parex is growing its community and project scale thanks to the completely stable and transparent ecosystem in which it operates." Noting that the promise of decentralization can be fully fulfilled with the launch of Parex Chain, Anthony added, "While the burn-to-produce policy gives the project a deflationary feature, mining activities on Parex Chain enable almost zero energy consumption. In our Parex project, we are working to create an environmentally friendly, community-oriented, fast and secure blockchain ecosystem."

To view the source version of this press release, please visit https://www.newsfilecorp.com/release/147093 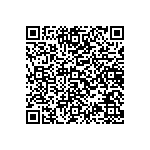