“Hard To Find” is the latest single from Miller’s 2022 debut album, “Live On Record.” His two previous singles reached the UK iTunes Top 20.

Hailing from Central Pennsylvania, renowned alt-country and folk singer-songwriter Pete Miller recently released his debut album “Live On Record.” The album release has been met with both critical praise and commercial success. Two singles, “A Light out There” and “The Raven and the Dover” reached the UK iTunes Top 20, amassing more than 175K spotify streams between them. Now, he has announced “Hard To Find” as the third single from the album.

“I haven’t listened to it since I recorded it, but I have a fascination with horseback-type songs, as they are timeless. ‘Big Iron’ or ‘pancho and lefty’ -type songs never die, as they not only deal with the natural aesthetics of the countryside, but also give you a glimpse into how difficult life was for many in the past. Moreover, they teach you that the downfall of a man in the past was not all that different from the downfall of man today. And learning that ‘nothing new is underneath the sun’ has a dark, twisted feeling to it, a feeling of hopelessness which you cannot get with other songs outside the ‘horse-back’/’cowboy’ songs.”

When not making music, Pete Miller is working blue collar jobs that he finds around him. Studying mechanics part-time, he often takes up work at warehouses, lumber yards, construction sites and more. With his music, he aims to reflect on the blue-collar lifestyle and share his deepest feelings in stripped-down and down to earth songs. More details about the new single ‘Hard To Find’ can be seen at http://www.facebook.com/petemillersingersongwriter 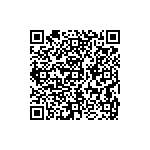