Britain on Friday announced wide-ranging sanctions against 30 targets worldwide, including officials in Iran accused of pursuing "egregious sentences" against anti-regime protesters. . "This includes six individuals linked to the Revolutionary Courts that have been responsible for prosecuting protestors with egregious sentences including the death penalty," the government in London said.

The sanctions against the 10 people connected to Iran's judicial and prison systems came after the clerical regime's first execution of one such protester, which has triggered global condemnation.

"This includes six individuals linked to the Revolutionary Courts that have been responsible for prosecuting protestors with egregious sentences including the death penalty," the government in London said.

Two of the Iranians now subject to a UK travel ban and assets freeze are former directors of the notorious Evin prison in Tehran: Ali Chaharmahali and Gholamreza Ziaei.

The sanctions, timed to mark world days for anti-corruption and human rights, hit individuals across 11 countries -- "the most that the UK has ever brought together in one package", the foreign ministry said.

They include five people from Russia and Russian-held Crimea amid the ongoing invasion of Ukraine, which has attracted successive waves of UK sanctions against Moscow.

Others on the list, accused of violating human rights, are from Nicaragua, Pakistan and Uganda.

Designated individuals from Kosovo, Moldova and Serbia were accused of corruption.

"Today our sanctions go further to expose those behind the heinous violations of our most fundamental rights to account," Foreign Secretary James Cleverly said.

"We are committed to using every lever at our disposal to secure a future of freedom over fear," he said. 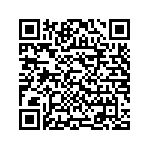 West pushes Russia at UN on Iranian drones in Ukraine