If it tastes this bad, it must be good for you?

If it tastes this bad, it must be good for you?

Homemade, tear-inducingly strong onion "cures" for flu are the latest medical misinformation spreading on TikTok -- a sign, analysts say, that affordable, evidence-based health care is beyond the reach of many Americans.

Videos extolling the pungent concoction –- made by soaking chopped raw onions in water –- as a miracle cure have garnered tens of millions of views on the influential app despite no scientific proof to support the claim.

The videos have gained traction as the United States faces a so-called "tripledemic" of influenza, Covid-19 and RSV that has put a strain on health services.

Onions in reasonable quantities are not considered harmful –- except for the foul breath –- but health experts warn that such videos promoted a blind belief in simple home remedies that could compromise public health.

"Onions aren't going to hurt anybody, but if somebody is sick, they should seek actual medical attention," Katrine Wallace, an epidemiologist and assistant professor at the University of Illinois Chicago, told AFP.

"I am afraid that people will just drink onions and not seek medical care (and) they could spread Covid or the flu in the community."

The pseudoscience has found many takers, with comments under the videos filled with declarations like "this worked for me!"

That, Wallace said, suggested the so-called "placebo effect," with the dubious onion treatment getting the credit after the virus naturally ran its course.

The trend illustrates how TikTok is flooded with unqualified influencers who peddle misinformation, from vaccine and abortion-related falsehoods to health myths –- often to boost engagement and views -- in what experts say can have a serious impact on medical decisions.

In one of the most popular TikTok videos, which garnered over 2.5 million views, one woman -- whose profile did not mention her qualifications and described her only as a "child of mother nature" -- zealously promoted onion water.

For greater healing effects, she implored her viewers to ferment the concoction for hours to make it more "potent."

"We love a miracle cure and for some reason we seem to think that the more painful a remedy is to consume, the more magic it will work," Abbie Richards, a disinformation researcher and fellow with the Accelerationism Research Consortium, told AFP.

"Simple solutions for complex problems frequently perform well in engagement-driven algorithms like TikTok's. Particularly when those solutions are cheap and accessible in areas where evidence-based healthcare is not."

A TikTok spokesman told AFP the platform removes content that qualifies as medical misinformation that is "likely to cause significant harm."

The onion water videos, he added, did not cross that threshold of "significant harm" and were therefore left untouched.

That approach, many experts say, underscores the challenge facing social media platforms of finding ways to eliminate misinformation without giving users the impression that they were trampling on free speech.

Richards cautioned that "excessive moderation" in the case of onion water videos could backfire and "encourage narratives that the truth of affordable medicine is being intentionally hidden."

A more effective approach, she said, would be for TikTok to ensure accurate health information is "available, accessible, and engaging."

"Whether TikTok should take down videos about benign but useless remedies, that's not for me to say," Valerie Pavilonis, an analyst at the misinformation watchdog NewsGuard, told AFP.

"Still, even if a supposed remedy like drinking onion water to solve sinus problems doesn't directly hurt you, it could make you wrongly think that you are treating the problem."

The popularity of the videos reflected what Richards called "systemic failures" in health care.

In a country with expensive medical care, data from the Center for Disease Control and Prevention shows roughly 30 million Americans, or nine percent of the population, have no health insurance.

Millions of other Americans are "underinsured", with their coverage not providing them affordable healthcare, according to the nonprofit Commonwealth Fund.

"It's very easy for us to say: 'Remember to talk to your doctor about medical treatments,'" Richards said.

"But I would expect that a society with limited access to health care, an overburdened health care system, and a generally confused approach to the newest wave in illness, might start drinking onion water or putting garlic in their ears." 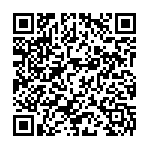 In final briefing, Fauci urges Americans to get vaccinated

Misinformation: How to encourage family and friends to stop spreading it - CNN