Persistent supply chain woes and staffing issues led to another quarterly loss at Boeing, but the company on Wednesday confirmed its 2023 outlook amid strong aviation demand.. He predicted that 2023 would remain "bumpy" as far as the supply chain, but said the ramp-up was aided by shared knowledge that demand for aviation remains strong.

Persistent supply chain woes and staffing issues led to another quarterly loss at Boeing, but the company on Wednesday confirmed its 2023 outlook amid strong aviation demand.

Boeing said its commercial plane business was dented by "abnormal costs," while "labor instability and supply chain disruption" weighed on its defense, space and security unit.

The company's $634 million loss for the quarter ending December 31 was smaller than the $4.1 billion loss in the same period last year. Revenues rose 35 percent to $20 billion, but came in below analyst forecasts.

The aviation giant, which has been beset in recent years with production problems and certification delays following the 737 MAX crashes, nevertheless finished 2022 with positive free cashflow for the first time since 2018 as it reaffirmed 2023 targets.

"We had a solid fourth quarter, and 2022 proved to be an important year in our recovery," said Boeing Chief Executive Dave Calhoun.

"Demand across our portfolio is strong, and we remain focused on driving stability in our operations and within the supply chain to meet our commitments in 2023 and beyond."

Boeing has said it expects to return to a level of financial strength comparable to its pre-pandemic state around the 2025-26 timeframe.

The company's turnaround has been aided by robust demand for commercial planes as airlines struggle to meet pent-up demand for flying and replace older planes with newer jets that burn less energy and release fewer carbon emissions.

But efforts to ramp up output have been hindered by snags in garnering key parts and materials, including delays in receiving engines from key suppliers.

Calhoun, in an interview with CNBC, said suppliers have made progress in hiring more staff, but are still working through the process to be able to increase output.

"You have to train," Calhoun told the network. "Every one of these products are pretty sophisticated."

He predicted that 2023 would remain "bumpy" as far as the supply chain, but said the ramp-up was aided by shared knowledge that demand for aviation remains strong.

Boeing has resumed deliveries of the 787 Dreamliner after a lengthy halt, and confirmed it would increase production in 2023 from the current "low" level.

A key unknown facing the company is the degree to which it can expect bankable revenues from China after a lengthy pause in deliveries of 737 MAX planes while the country maintained strict Covid-19 policies.

Boeing executives have previously suggested the suspension was a reflection at least in part of the tense state of US-China relations.

China was the last major market to clear the MAX to return to service after a global grounding following two fatal crashes.

On January 13, a 737 MAX operated by China Southern Airlines undertook the first flight by a MAX plane in the country since March 2019.

Calhoun told CNBC that he expects progress over the next six months in moving the 100 MAX planes already in China back into the air, but that he wouldn't engage in a "guessing game" about when deliveries of new planes could resume.

The Boeing CEO said he was "optimistic and constructive" around the market given the reopening Chinese economy, but that he didn't have "rose colored glasses on." 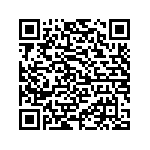