Romanian prosecutors on Wednesday further questioned divisive influencer Andrew Tate over alleged human trafficking and rape, with the British-American national denouncing the case brought against him as void.. Former kickboxer Tate, his younger brother and two Romanian women are under investigation for allegedly "forming an organised criminal group, human trafficking and rape".

Romanian prosecutors on Wednesday further questioned divisive influencer Andrew Tate over alleged human trafficking and rape, with the British-American national denouncing the case brought against him as void.

"There's no evidence in my file, because I've done nothing wrong. Everybody knows I'm innocent," Tate, surrounded by a slew of reporters, shouted after the hearing by Romania's anti-organised crime and terrorism directorate (DIICOT) ended.

"The matrix is trying to frame me, but God knows the truth," he said.

They are accused of coercing women into "forced labour... and pornographic acts" for "substantial financial benefits".

All four were arrested at the end of December.

Tate, 36, and his brother Tristan, 34, deny all accusations.

The Tate brothers both claimed their innocence on Wednesday, with Tristan saying DIICOT prosecutors "have nothing against me".

Last week, a Bucharest court extended their detention until February 27, a decision which they are appealing.

Their detention could be extended to a maximum of 180 days, pending possible indictment.

"They want the truth to come out quickly," said Eugen Vidineac, who represents the Tate brothers, adding that they had provided detailed statements and collaborated.

On Tuesday Andrew Tate -- whose Twitter handle "Cobratate" currently has 4.8 million followers -- said "a political operation designed to degrade" his influence and an "unjust imprisonment" had been used to "silence empowering people", implying he was among them.

He also deplored the poor conditions of his detention, tweeting that "cockroaches, lice and bedbugs" are his "only friends at night".

According to prosecutors, a human trafficking network set up by the suspects had been operating since 2019 and recruited "several victims, including minors... for the purpose of sexual exploitation".

The potential victims were tricked by the Tate brothers, who feigned affection, before being forced into prostitution and the production of pornographic films, prosecutors said.

In 2016, Tate appeared on the "Big Brother" reality television show in Britain but was removed after a video emerged showing him attacking a woman.

He then turned to social media platforms to promote his divisive views before being banned for misogynistic remarks and hate speech.

Tate was allowed back on Twitter after the billionaire Elon Musk bought the company. 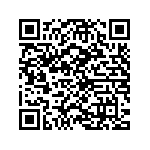