Tanzanian opposition stalwart Tundu Lissu has been arrested countless times, pumped full of bullets in an assassination attempt and lived largely in exile for more than five years.. He had already been arrested six times that year, and then, in September, as he pulled up outside his house in Dodoma, gunmen sprayed his car with bullets.

Tanzanian opposition stalwart Tundu Lissu has been arrested countless times, pumped full of bullets in an assassination attempt and lived largely in exile for more than five years.

But the 55-year-old lawyer, who returned home briefly to run for the presidency in 2020, is back on Tanzanian soil again from exile in Belgium to "write a new chapter" for the country.

He announced he would be returning after President Samia Suluhu Hassan lifted a ban on political rallies imposed by her predecessor John Magufuli, whose hardline rule stifled the opposition and free speech in the East African nation.

"With the lifting of the illegal ban on political activity, it's now time to return home & get back to work!" Lissu, of the main opposition Chadema party, said on Twitter announcing his homecoming plans.

A fiercely outspoken critic of the ruling Chama Cha Mapinduzi (CCM) party, Lissu was last in Tanzania in 2020 to contest the October election against Magufuli, who died just five months after winning his second term.

Magufuli's victory -- with an improbable 84 percent of the vote -- was hotly disputed and the opposition called for protests.

Immediately after the election, Lissu said he started receiving death threats and was arrested but sought refuge with foreign diplomats before he eventually fled the country.

Lissu walks with a slight limp after being shot 16 times in a 2017 attack he believes was politically motivated, requiring almost 20 surgeries.

He had already been arrested six times that year, and then, in September, as he pulled up outside his house in Dodoma, gunmen sprayed his car with bullets.

"You have to be aware of the fact that... all my limbs, my legs, my waist, my arms, my stomach were basically ripped apart by 16 bullet shots and therefore to mend me, to put me back on my feet, took a long time," Lissu told AFP before the 2020 election.

Lissu was born in 1968 in a small village called Mahambe in the central region of Singida, where he helped his family farm and took care of his father's cattle as a young boy, while attending primary school.

It was while listening to radio programmes on current affairs and reading voraciously that Lissu first got a taste for politics.

He studied law at the University of Dar es Salaam and quickly plunged into human rights and environmental law.

He worked from 1999-2009 for the Lawyers Environmental Action Team (LEAT), fighting for the rights of poor, rural communities, whether against industrial shrimp farming or foreign gold mining companies.

He also worked on environmental issues between 1999 and 2002 for the Washington DC-based World Resources Institute (WRI).

Peter Veit of the WRI, who has known Lissu for about three decades, described him as a fearless, uncompromising advocate for his cause.

"He's not afraid of anybody. He calls a spade a spade, and he gets in trouble," Veit told AFP.

"He is such an asset for Tanzania... He is so passionate about his home and his country and trying to get things right in Tanzania -- making sure there's an honest, accountable democratic system in place."

Lissu's activism led him into politics and he was elected as a member of parliament in 2010, working his way up to being number two in Chadema.

While he was arrested under the previous government over his mining activism, it was after Magufuli's election that he became even more vocal, slamming the president as a dictator and denouncing a climate of fear.

"President Samia Suluhu Hassan, through her government and party, have shown they are ready for a new journey. We need to demonstrate that we are also ready for that," Lissu said last week.

"I am coming home for the new beginning of our nation." 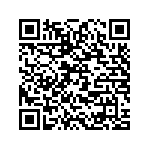