As rising waters fuel fears that Venice may one day be entirely submerged, local children are being educated on how to protect the lagoon, a fragile ecosystem threatened by climate change.. "We want the children to learn to observe nature and the lagoon, to learn to understand it, to love it and learn how better protect it," said programme coordinator Francesca Santoro.

As rising waters fuel fears that Venice may one day be entirely submerged, local children are being educated on how to protect the lagoon, a fragile ecosystem threatened by climate change.

On Torcello, an island located in the northern part of the lagoon, around 40 five-year-olds this week attended an outdoor lesson on the shores damaged by the waves from motorboats speeding to and from Venice.

As part of an initiative from UNESCO, the UN cultural agency, they splashed in the mud, made fish from recycled papier mache, took samples of sea water and drew pictures of the nature around them.

"We want the children to learn to observe nature and the lagoon, to learn to understand it, to love it and learn how better protect it," said programme coordinator Francesca Santoro.

Venice is one of the world's most extraordinary cities, a UNESCO heritage site that draws millions of tourists each year.

But it is slowly drowning.

UNESCO warned in 2021 that it might place Venice on its endangered list, saying there was a need to manage tourist numbers. The city avoided that indignity by agreeing to ban large cruise ships in the lagoon.

With the education initiative, UNESCO hopes to encourage the next generation to think more deeply about how Venice can be preserved -- and take action.

The project is part of a wider UNESCO educational programme launched in 2019, sponsored by luxury fashion brand Prada. Dubbed "Sea Beyond", it is dedicated to the preservation of the sea and involves school children across the world.

The Venice scheme is backed by Georg Umgiesser, director of research at Venice's ISMAR-CNR institute of marine science, who believes this kind of hands-on experience with the lagoon will help people understand the impact of rising water levels.

"As a result of subsidence in Venice and rising waters, the average sea level has risen by 30 centimetres (12 inches, or 1 foot) in the last 150 years and is expected to rise by another 50 centimetres by the end of the century," he told AFP.

St Mark's Square, located in the lowest part of the city, is always first to flood, said the German oceanographer, who has lived in the Italian city for 40 years. "In 2100, half of Venice risks being under water," he warned.

The long-awaited MOSE flood defence system has been in place since October 2020, raising sluice gates to protect the lagoon when the waters in the Adriatic Sea reach 110 cm above normal levels.

But this system was developed in the 1980s, before the acceleration of global warming. There are questions as to whether it will be enough to protect Venice in the decades to come.

At that point, the lagoon would essentially be closed off, preventing the exchange of water with the sea, which is essential for biodiversity.

Another solution would be to raise Venice above the waves by 30 to 50 cm by injecting sea water into the foundations of the city, but for now this idea remains entirely theoretical.

In the meantime, Jane da Mosto, head of environmental non-profit We Are Here Venice, is relying on salt marshes in the lagoon to slow the acqua alta and ease the currents.

Restoring these wetlands, decimated by climate change and urbanisation, could be a natural solution to Venice's problems, she argues.

"The salt marshes act as a sponge, so they can slow down the way the water flows into the lagoon," da Mosto said.

But she added: "It's a race against time. We need to act now -- it's what we do today what matters.

"We are in the climate emergency, the catastrophe is already happening." 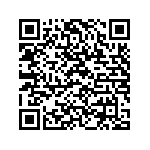