Information technology exports keep growing in Pakistan. Due to limited office hours, more people are shifting towards freelancing, especially in the IT sector.

[KISS PR NEWS KARACHI CORRESPONDANT] - Covid-19, like the textile industry, turned out to be a game-changer for Pakistan's technology exports, which increased by 58 percent in March 2021 compared to the same time of the previous year.

During the first eight months of the fiscal year 2020-21, Pakistan gained $1298.080 million by offering various information technology (IT) solutions to foreign countries.

According to the Pakistan Bureau of Statistics (PBS), this revenue represents a 41.43 percent increase over the $917.840 million earned by service provision during the same timeframe of the financial year 2019-20.

Furthermore, technology commodities valued at $1.512 billion were exported in the first nine months of the financial year 2020-21, accounting for 35% of total services exports and a 44 percent year-over-year increase, according to the results.

Muhammad Ahmed, an Insight Securities analyst, said that the surge in exports is due to growing freelancing practices during the COVID-19 outbreak.

According to Ahmed, the market value of the Pakistani rupee against the US dollar, as well as a divergence in inflows across legal channels as a result of flight cancellations around the world, were major contributors to the increase in exports.

One of Pakistan's largest IT services and commodities providers, Systems Limited, also listed on the Pakistan Stock Exchange (PSX), recently announced an all-time record annual sales of PKR 10 billion and a profit of PKR 2.1 billion.

The data showed that telecommunication services exports also increased by 30.67 percent during the fiscal year under review, rising from $208.300 million to $272.190 million. 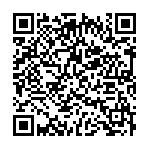