Dogecoin was trading at about $0.67 per coin at the time of writing, down marginally from an all-time high of $0.69 earlier yesterday. The price per token has risen 147% in the last week.

Dogecoin's worth exploded to nearly 70 cents Wednesday morning as eager online traders continued to cash in on the 'joke' cryptocurrency, elevating it to the fourth most popular cryptocurrency and putting the long-held target of $1 per token within range ahead of dogecoin champion Elon Musk's appearance on Saturday Night Live this weekend.

"Dogecoin Rockets Towards 'The Moon' — Meme Cryptocurrency Nears 70 Cents As Rally Continues. Dogecoin's market cap now sits at around $86.7 billion, up from $69 billion yesterday. At its current value, Dogecoin is worth more than food and drinks giant Mondelez, FedEx and British American Tobacco." [1]

It experienced a significant increase between Monday and Wednesday in the week, exceeding the $90 billion market cap, rendering DOGE more expensive than some of the world's largest corporations. Except for Reliance Industries, TCS, and HDFC Bank, it is now more valuable than the majority of Indian companies.

However, the next two days are critical for DOGE, and investors should keep a close eye on them, with Dogefather Elon Musk expected to appear on Saturday Night Live.

Based on the history of Dogecoin and how these markets operate, its price can fluctuate depending on what Musk says or does not say on the show.

"Dogecoin now giving 8000 pct returns, watch it closely for next 2 days because Elon Musk is Dogefather. If anyone still thinks that Dogecoin is a joke, they need to wake up. The cryptocurrency has been on a dream run over the last four months and has given more than 8000 percent returns in 2021 so far." [2]

One thing is certain: when the Dogefather makes his long-awaited debut on American television, all eyes will be on him. If you have or intend to invest in Dogecoin, now is the time to pay heed.

Dogecoin was trading at about $0.67 per coin at the time of writing, down marginally from an all-time high of $0.69 earlier today. The price per token was up 37% from the preceding day at this time, and it has risen 147% in the last week. Dogecoin's market capitalization has risen to about $86.7 billion, up from $69 billion yesterday.

Dogecoin is now worth much more than food and beverage conglomerate Mondelez, FedEx, and British American Tobacco combined.

App for trading Robinhood crashed on Tuesday after an increase in Dogecoin caused a surge in traffic, causing outrage from angry users, given that this is the second time this has happened. The recent Dogecoin boom has also highlighted the lack of proper infrastructure for digital currency trading. Stock exchanges and trading platforms collapsed as the value increased and most investors began selling or buying Dogecoins. Investors who had set a stop loss on Dogecoin were unable to complete the transaction at that price, and many of them lost money.

Dogecoin was developed in 2013 as a prank, combining cryptocurrency and the famous Shiba Inu doge meme. Support from billionaires and celebrities, including Musk, Mark Cuban, and Snoop Dog, as well as its dual status as a meme when Reddit-fueled retail traders pumped into GameStop meme stocks, helped it to survive and thrive.

Although you should closely monitor Dogecoin, you should also consider whether Dogecoin is stable. A number of reasons point to the contrary. The majority of Dogecoin investors are young and seeking fast returns. The issue here is that, unlike Bitcoin, billions of Dogecoins are minted each year. This indicates that there is a never-ending supply of this cryptocurrency.

At a certain point, there will be so many Dogecoins in circulation that their value will decline. It's all basic demand-supply logic. However, this is just theory, and forecasting market trends is unlikely.

Hackers Attacked the Bitcoin.org Website, Forcing the Developers to Take it Down 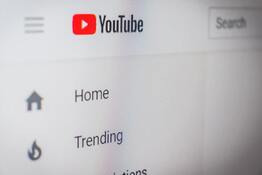