American companies employed almost a million workers in April. This is due to the improving public health situation and financial assistance from the federal government, leading to a massive surge in consumer demand.

"U.S. employers likely hired nearly a million workers in April as they rushed to meet a surge in demand, unleashed by the reopening of the economy amid rapidly improving public health and massive financial help from the government." [1]

The employment report, which the Labor Department will issue soon, would give the world a closer look at the impact of the March 2021 $1.9 trillion stimulus. Economists expected the relief package to kick start the economy to build the momentum that slowed down due to the Covid-19 global pandemic. Experts predict that economic growth this year will surpass the performance of the last forty years.

James Knightley, ING, New York's chief international economist, remarked that because people have spending money in their pockets, economic activity is showing an upward trend, and "that should lead to more and more hiring right across the economy." This trend comes twelve months after employers cut a record 20.679 million jobs due to the mandatory closures of nonessential businesses.

"Economists expect to see job creation in each of the next several months of over 1 million, as more Americans are vaccinated and the economy booms. According to Dow Jones, economists expect 1 million jobs were added in April, with the unemployment rate falling to 5.8% from 6% in March." [2]

First Time Since The Pandemic

It is heartening to note that new claims for unemployment benefits have gone below 500,000 for the first time since the pandemic ravaged the economy.

Workers Shortage in Almost All the Industries

There is, unfortunately, a dark cloud hanging over employers. There is a labor shortage in all industries ranging from manufacturing to restaurants. The many factors contributing to this problem include parents who cannot go back to work because they need to care for children, forced retirements due to coronavirus-related illnesses, and lavish unemployment checks.

Restaurants, bars, and amusement parks led to employment gains as they were allowed to open after the widespread vaccination drive across the country. New York, New Jersey, and Connecticut have lifted most of the restrictions on high-contact businesses. Manufacturing and construction are also making solid gains. This despite a global setback in semiconductor chip production which has affected motor vehicle manufacturers. Construction has been driven by strong housing demand.

Government employment is also showing an upward trend. Schools have hired more teachers following the resumption of classroom learning in many states. President Joe Biden plans to spend an additional $4 trillion on education and childcare, middle- and low-income families, infrastructure, and jobs. The new spending package is needed because millions of Americans have been permanently displaced or have lost jobs because of the pandemic. Hopefully, it will give the economy a greater thrust so that people "can be hired sooner rather than later." According to Steven Blitz, chief U.S. economist at TS Lombard, New York. 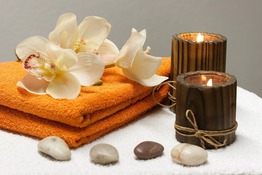 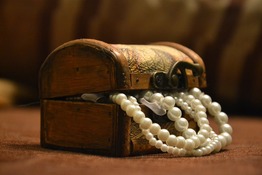