Sayches: The Microblogging Social Media Platform that Guarantees Freedom of Speech Without Any Repercussions

Sayches is a microblogging social media platform helping people on their path to online privacy.

A small group of London-based developers has succeeded where Twitter and Snapchat failed by creating a social media platform that guarantees user privacy, anonymity, and transparency without any compromises.

While online media consumption has advanced at an unprecedented pace over recent decades, social media giants who have contributed to this growth have seldom recognized the importance of digital privacy, frustrating journalists and the public alike.

Sayches provides a safe online space where users are free to express their opinion, regardless of however controversial they may be. Developers view the platform as a great space for influential people to post, knowing they are always protected and never vulnerable.

"Sayches merges two industry-leading platforms and takes the strengths of both," says its creators.

Like Twitter, this novel microblogging platform allows users to share and contribute to a variety of online content. Though, posts are limited to 30 words and stay online for just 24 hours before being permanently erased, a feature that emulates that of Snapchat Stories.

Users can share content publicly in their personal feed or anonymously within the platforms separate "Anonymous Pub." As part of this "incognito mode," Sayches ensures that posts cannot be traced to their author, guaranteeing complete anonymity from other users.

"We want to give our users the freedom to express their thoughts and the confidence to do so, knowing they cannot be identified," developers commented.

Another key feature of this emerging platform is its "Warrant Canary" statement. Sayches have yet to receive a secret judicial request under which authorities can obtain access to user information and records. Though, if this were demanded, the platform would be required to comply. Combatting this issue and further encouraging transparency, developers use an icon that, once disappeared, will inform users of the judicial request as to their data and allow them to pursue this accordingly.

This refers to Sayches developer's refrainment from acquiring a secret Government Subpoena which allows them to obtain access to user information and records. Thus, offering complete privacy to those who choose to share content across the platform, both publicly and privately.

The platform was developed with Twitter's shortcomings in mind, adopting an Ephemeral approach to content delivery that prioritizes security over permanency—giving users the freedom of expression without the fear of repercussion.

Sayches developers pride the platform on its ability to provide valuable opportunities for journalists and activists. With no digital footprint, users are free to speak openly. A feature that, in today's increasingly censored social landscape, provides a perfect environment for meaningful political interaction.

Users who receive persecution because of their political, religious, or particularly controversial beliefs can flag this with the Sayches team and request help using the SOS Flair. Creating a safe space in which personal opinion remains paramount.

"Press and journalists will have an open forum where they can share news and views without manipulation or fear of potential consequences," says Sayches developing team.

Sayches hashtags are regulated using a health bar which allows users to view its original author and the number of posts that have been made under it. It also tells users whether the information on the hashtag is "clean" or "propaganda." Encouraging freedom of speech while maintaining thorough legitimacy checks to create as transparent a platform as possible.

In comparison to existing social media platforms like Twitter, which generate profits from marketing spaces by using a sophisticated model which creates a 'persona' of each one of its users, Sayches simply provides a space for advertisers based on keywords.

Personal data is not shared in the hopes of maximizing profits and enhance marketing effectiveness but rather protected, permitting unparalleled levels of personal freedom without having to compromise on privacy.

Sayches is a microblogging social media platform helping people on their path to online privacy. Incorporated in February 2020, the companies' developers committed to delivering a digital experience like no other, using unique privacy and anonymity-based models to encourage meaningful interactions between its users. To find out more about this pioneering platform, visit www.sayches.com.

Original Source of the original story >> Sayches: The Microblogging Social Media Platform that Guarantees Freedom of Speech Without Any Repercussions 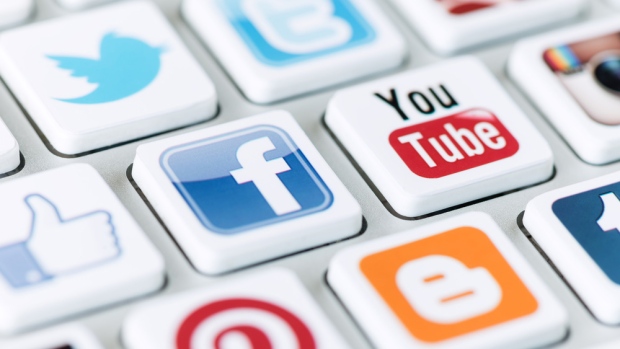