The ultra-secure encrypted smartphone will be available later this year. Preorders, with savings of up to $300, start in late July.

AXIA Telecom is proud to announce the launch of its encrypted smartphone. Designed to help facilitate secure global communications, the device features advanced encryption and will deliver significant savings on data, SMS, and phone calls. It will also eliminate or significantly reduce roaming charges in over 130 countries and regions thanks to AXIA’s strategic partnerships with 4G connectivity providers around the world.

All of these features will be included in the phone at no extra cost, and they will allow users to enjoy safe and secure communications wherever they go without changing devices, swapping SIMs, switching networks, or changing connectivity plans.

The AXIA ecosystem of applications is an extensive suite of utility functions, services, and applications. We are all interconnected in this global economy, but only a few currently benefit from the current system. AXIA’s participatory, inclusionary model shifts the benefits to everyday users, called value creators. The more you take advantage of the ecosystem’s offerings, the more value you will create, and the more rewards you will earn.

AXIA Telecom, which is part of the AXIA ecosystem, is launching the encrypted smartphone to help users around the world connect via a single platform that works almost anywhere in the world and delivers not only secure communications capabilities but cost savings and the opportunity to earn rewards by using AXIA applications.

With the encrypted smartphone, emerging markets will have better access to internet connectivity and communication services. The smartphone will also open the door to AXIA ecosystem apps in unbanked, underbanked, and underserved communities, helping to change the economic paradigm in those regions. As such, the AXIA smartphone is an all-in-one portal for ushering emerging markets into the democratic, decentralized, and digital economy.

Preorders for the phone using $25 down in AXC tokens will start on the AXIA Coin website by the end of July 2021, with deliveries slated for Christmas 2021. Preorders come with cost savings of up to $300.

According to AXIA Telecom CEO Winter Liu, AXIA’s encrypted smartphone will provide users with secure communications, cost savings, and unlimited access to AXIA’s participatory economy in which users can create and receive value simultaneously through their decentralized activity – activity that can transform our lives for the better in the near future.

AXIA Telecom can also partner with governments and humanitarian aid organizations to provide countless opportunities for economic development and growth as well as other opportunities that would otherwise never be available.

As the world’s first asset-supported global currency, AXIA uses blockchain technology and smart contract-connected logic to provide participants with safe, secure, transparent, and low-cost transacting. It is designed to create an equitable and inclusionary economic model on a global scale that transfers the benefits of participation to members of the community itself, instead of banks, large organizations, and governments that stand to gain the most – at the least risk – in the current financial system.

The AXIA network integrates multiple complementary applications and platforms that will spearhead the growth of the decentralized economy to drive mainstream adoption in improving business processes globally. The AXIA Coin can also effectively replace the current fiat payment system and improve on current cryptocurrency models.

Learn more about the project and how it is revolutionizing today's social and economic paradigms by visiting the links below. 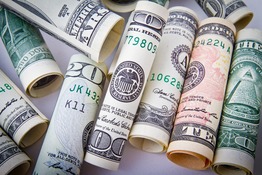 What are the Best Ways to Initiate Passive Income Sources? 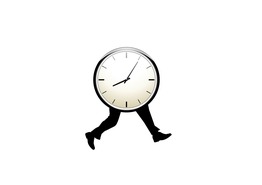 How Can Time-Tracking increase work Productivity?