Illuvium co-founder Kieran Warwick will be speaking at ReDeFiNE Tomorrow, a global virtual DeFi summit hosted by SCB 10X. The event is set to take place between July 22- 23 and will feature guest speakers from today’s leading blockchain projects including OpenSea, Polygon, Rarible, and Axie Infinity.

“We feel honored to join such an amazing roster of blockchain projects at ReDeFiNE Tomorrow. Our DAO is exploring the potential in this vast DeFi space where NFTs merge with gaming. There’s so much exciting possibility in the NFT gaming space. We’re thrilled to share what we’ve done and learned so far. It will be great to catch up on everyone's projects and contribute to the industry dialogue with our colleagues in DeFi.” – Illuvium Co-founder Kieran Warwick.

Warwick will be sharing his insights on Illuvium and the Growth of NFT Games and what his team has learned while building the blockchain space’s first AAA game. The Ethereum-based open-world RPG fantasy game takes players into an immersive 3D landscape where they can catch collectible creatures. These Illuvials can then be used for battle or traded on NFT marketplaces. Furthermore, Illuvium recently launched its native ILV token and has announced its staking initiative as a way to incentivize players with the prospect of income.

Other topics to be discussed at the summit include Global Trends and Landscape of Decentralized Finance, DeFi Lending and Integration Into Real World Use Case, Future of Crypto Custody and Institutional DeFi, Future of Cross-chain Interoperability in DeFi, Non-Fungible-Tokens (NFTs) Market - What’s Next? DeFi in US vs DeFi in Asia, and Venture Capital Investment in DeFi.

Illuvium is a decentralized NFT collection and auto battler game built on the Ethereum network. Integrated with the hyper-scalable immutable-X layer-two solution, players of Illuvium gain access to zero gas fees for minting or exchanging assets, as well as sub-second transaction times, all with user-maintained custody. Founding Illuvium DAO contributors, Kieran and Aaron Warwick are the younger brothers of Synthetix founder, Kain Warwick, and together, they offer a diverse set of skills in the gaming and crypto space. The genesis of the Illuvium project was a desire to make a collectible NFT game that was open, transparent and governed by the community. 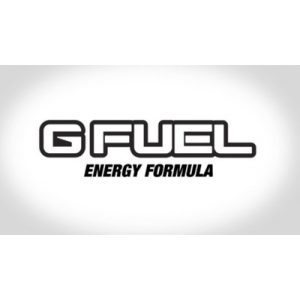