Gil Amelio will serve as advisor after his experiences in telecommunications

Data ownership initiative Cirus Foundation welcomes former CEO at Apple Inc. Gil Amelio as its Senior Advisor. The company is confident that his experience in technology and telecommunications will lead it towards the ambitious goal of ushering an online Ownership Economy. One where data management and privacy are returned to users thanks to blockchain technology.

Amelio's background is an example of world-class entrepreneurship. He’s known for being a keen observer of mega-trends in technology and believes that blockchain is a once in a lifetime development. After keeping Apple afloat amid selling pressure in the 1990’s, he continued his leadership in technology and telecommunications as a director at AT&T. His drive for innovation has now led him to a venture that could be just as consequential: giving internet users the ability to monetize their own data. In this way, he sees Cirus as a unique opportunity and use case for the new technology.

“I think data ownership is at the core of what the original promise of the internet was. It was always about decentralization and empowering the individual. At Cirus we will be building the inroads for this to be possible and we are starting from the ground up. Blockchain is the next mega-trend and with Cirus we’re seeing the first project that nails its mass adoption” – Cirus Foundation Senior Advisor Gil Amelio.

“We’re incredibly excited to have someone with Gil’s expertise and know-how as part of our team. It also signals that there is no better time to be in Blockchain as its solutions are being recognized by veterans such as him. We’re more confident than ever that together we will be taking steps in the right direction in terms of building this Ownership Economy.” – Cirus Foundation Co-founder Daniel Bland.

As Cirus continues to build an on-ramp to the Ownership Economy, Amelio’s experience in telecommunications will become essential. The first hardware component in the Cirus Ecosystem is a device that introduces users to a blockchain-based digital economy from the

start. The plug-and-play router allows them to regain full control of their data and can transform the way individuals manage and monetize their data. The untapped market for this particular approach requires the expertise of a seasoned executive who has been involved with critically important aspects of internet connectivity.

Cirus Foundation is the development team behind the Cirus Ecosystem, an accessible onramp designed to accelerate the adoption of Web 3.0 and the Ownership Economy. This consists of the Cirus Device, the Cirus Core Platform, and the Cirus Confluence Network which work together to give users true ownership over the data streams they generate. 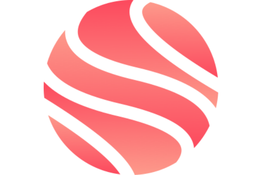