Musician Stephen Route Moves The World With His Talent

Route has been in the music industry for four years by independently releasing his first major album, #Deep

When the world is fast-paced, individuals have to pick up their speed, join the rest, and excel. The universe conspires to make a person successful if they put in hard work. Stephen Route is a man who firmly believes in hard work. He is working diligently to bring his music to the world. Route's fans feel connected to him as they listen to his songs. Route is a Hip Hop Artist who also works as a music engineer and music producer. Polishing skills by improving capabilities, an individual can succeed and take full advantage of their ability to create art. Born on 27th April 1984 in Boston City Hospital, Route is an African-American and, a star in his own right as he perfects his art.

A Man of Power

When people decide to bring their gift to the world, they consciously choose to improve themselves and be vulnerable in front of their fans. It is not easy for Route to show the side of his personality that has struggled and faced many challenges, yet he has the confidence to prove himself. It is a true sign of power when a person begins to share their inner feelings, and that too with poise and vigor. By producing Hip Hop, Route has shown the world that music can bring change and move audiences to have meaningful experiences. Route's music connects and makes a listener feel that they have manifested a new milieu for themselves. As the world progresses, Route has been actively giving time to his music with the power and intention to create art.

Route has done his schooling from New Mission High and has given General Educational Development (GED) to solidify his education. Growing up, Route found peace in creating music and making songs that have energy and zest. Route's hunger to create exceptional music never ends. Even today, he produces songs that evoke feelings in his listeners. As Route became a music engineer, he learned about all the technicalities of producing music that resonates with the audience. It allowed Route to study how the listeners were responding to his music closely, and when Route understood their taste, he was unstoppable. Being a music artist, Route has analyzed his environment from a perspective that allowed him to explore his talent and energy keenly.

Commence with Talent, Become an Influence

From a young age, Route needed an outlet for his feeling and emotions. When he discovered music, he understood that there was a space that understood his innermost feelings. Route has been influencing the world with his raw performances and ability to make his fans keep coming back for more. When individuals struggle, they tend to face challenges and adversities that are sometimes out of control. There are situations that a person may face that are unavoidable, yet they tend to pull through. Route's cousins, C Roc Smooth and Mary J Blige, have been in the music industry and making a mark to engrave their name in the list of legends amidst challenges. Route wants to see himself working and earning for a long time by putting in hard work and commitment. Talent allows an individual to pursue success, and Route has done that with ease.

Route's mother was a heavy drug user, so she was forced to give Route's custody to his grandmother. While growing up with his grandparents, Harriet and Israel Ruggs, from his mother's side, Route learned how to take care and fend for himself. When Route was 15, he was kicked out by his grandmother, and he had to survive on the streets of Boston. Route was careful that he did not indulge himself in drugs and follow in his mother's footsteps. He decided to concentrate on his music and worked immensely to perfect his talent. Route was homeless as a teen and wanted to create music to remain focused on the end-goal, which is to make songs that evoke feelings in the listeners. By creating music that moves his fans, Route wants to make a change in the world.

As Route turned 16, he started making music professionally and released his first song Waiting, from the album "1 Route 2 Da Game." It was released on 23rd November 2005 under the record label Mathline Records, founded by Route. Mathline Records had a heavy influence on Boston Hip Hop culture as the label consists of over five cities of emcees. Route has collaborated with Keith Murry and Bugsy H. on a song called "Lions and Sheep," which a lot of people appreciated and listened to. Route has released 99 songs until now and wishes to get recognition in the future as his journey to create music solidifies.

Route has been in the music industry for four years by independently releasing his first major album, #Deep. When #Deep was released, Route stayed strong and confident as he knew that he had worked tirelessly to produce his best work. Route draws inspiration from Jadakiss, Nas, Jay-Z, DMX, Dr. Dre, Hi-Tek, Eminem, Canibus, and Drake. By incorporating hard work and dedication, Route wishes to reach the level of success that his favorite musicians have achieved. Route is into writing, production, engineering, free-styling, mixing, and executive producing yet has not dabbled in singing as Route believes he is a better producer than a singer. Route is close to the song The Message that he produced himself and listens to often as it was dedicated to his alleged father.

Route has performed at Critical Breakdown in Boston, Massachusetts that got him a lot of attention and recognition. By employing resilience and commitment, Route has achieved more than he could ever dream of, as he has shown the world that he can accomplish the impossible. When Route was young, his surroundings made him vulnerable as his mother used to abuse drugs. He was only a child when he was separated from his mother. Route has remained strong, aims to keep working and stay occupied as he starts the next chapter of his life. 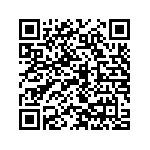