Keanu Inu - fair launched in May 2021 - wants to show that crypto currency can be a force for good in the world.

The exponential rise of DOGE Coin, followed by similar coins such as SHIB, paved the way for an influx of crypto coins named after Japanese ‘Inu’ dog breeds.

It was during this “Inu’ craze that ‘KEANU INU’ was born, a fair launched project with a unique vision.

More than just a ‘meme coin’ Keanu Inu aims to become the first real ‘Culture Coin’a crypto project that changes the culture for the better.

Renounced ownership, audits, and daily redistribution have ensured that the KEANU INU community can rest easy knowing their coin is safe while they focus on their charity mission and road map.

The KEANU INU community and project team have put charity at the heart of everything they do in the crypto space.

The first step was when KEANU INU released their ‘matrEX swap’ in June.

This is a decentralised exchange where users can buy and sell various crypto coins, but what makes it special is a built in feature which sends 0.2% of all eligible transactions to the KEANU INU charity wallet which then gets distributed to charities based on a community vote.

In addition KEANU INU is about to launch its very own NFT market place to take advantage of the NFT craze. All proceeds from the sale of eligible NFTs will go directly to the KEANU INU charity wallet.

To further build on the charity utility a mobile app is also in the works which will feature gaming rewards for the player and automatic charity contributions.

The KEANU INU community have also publicly donated to worthy charities such as Hope for Paws, (a dog rescue for neglected animals) and Starlight (a charity focused on providing much needed happiness to seriously ill children).

These donations are the first of many and if the KEANU INU community is successful in delivering their vision then charity may never be the same again.

To celebrate these successes and build for the future KEANU INU have recently incorporated which will form the foundation of their multi-year charity plan.

With a development team of volunteers who work day and night to push the project forward,and expect nothing in return, the KEANU INU message is one of giving back, not taking.

To further the coin utility KEANU INU have partnered with NOWPayments to enable users to use their KEANU to purchase items and accept donations across a number of different payment plug-ins such as Shopify, Zen Cart, WooCommerce and OpenCart.

Don’t miss out on your chance to help change the world. Check out KEANU INU today

*Keanu Inu has no affiliation or endorsement with the actor Keanu Reeves. 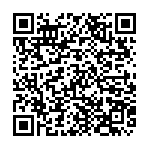