On the morning of October 12, the CEA flight MU5103 between Shanghai Hongqiao and Beijing Capital made its first successful full life-cycle carbon-neutral flight.

On the morning of October 12, the CEA flight MU5103 between Shanghai Hongqiao and Beijing Capital made its first successful maiden voyage as China's first full life-cycle carbon-neutral flight. From that day to December 10, CEA will operate the first batch of 780 full life-cycle carbon-neutral flights on 13 domestic routes, adding up to more than one million kilometers of green trails.

On MU5103, the green flight experience did not only come from the aviation fuel of the day, but also from the attempt to “reduce plastics”. The meal sets used on the flight were made of biodegradable CPLA (polylactic acid resin), while the blankets, headphones and other in-flight supplies were made of materials that met plastic restriction standards, such as non-woven fabrics. The flight's breakfast is a healthy, green, low-calorie meal with spinach noodles, sugar-free yogurt and sugar-free whole wheat bread. During the flight, the cabin will also constantly publicize the science of green flight to encourage more people to understand and support the "carbon reduction" initiative.

In the past five years, through extensive practices in areas such as route optimization, scientific and environmental protection, paperless flight packages, new energy vehicles and intelligent buildings, CEA has cumulatively saved more than 600,000 tons of fuel and reduced carbon emissions company-wide by about 2 million tons, which is equivalent to planting about 89 million large trees. 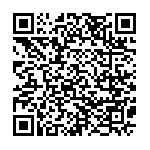 We are excited to announce the launch of our new website, Supre Dog.

Angela Juicers is excited to announce the launch of their new website, which offers the best way to enjoy fresh juice.