Supreme Courts Basketball Courts announced that the court would play host to basketball youth camps in Chicago. Dubbed the Rising Stars basketball camp, it will run until February 2022. The camp will include girls' youth basketball games played at the Illinois basketball court. In addition, the court will broadcast many of the games which can be enjoyed online by high-school basketball fans.

Over the past couple of years, Supreme Courts Basketball Courts have become the most happening place in Chicago for high-school basketball teams from across the state of Illinois. The basketball court is best known for its state-of-the-art facility and unmatched gym, which according to experts, is one of the reasons why youth basketball, both for girls and boys, is gaining so much momentum. Not only does it give young people an excellent platform to show off their skills, but also scouts and coaches that want to sign the next Michael Jordan, for instance. The key to being spotted in high-school basketball is playing, which is exactly what Supreme Courts Basketball heavily promotes.

The games played will last until February 2022. However, the camps will feature some of the leading players from across high schools in the state. It will also give players who would have otherwise gone unnoticed an opportunity to make an excellent impression.

Readers can find out more about the Rising Stars basketball camp and other games scheduled to be played at the Chicago court by visiting Supreme Courts Basketball's official website at https://www.supremecourtsbasketball.com.

"At Supreme Courts, we've put together a state-of-the-art facility which anyone and everyone can take advantage of. However, our goal is to give young people, regardless of their financial status, gender, or race, an opportunity to play and shine. We know that the people of Chicago love their basketball, and many are now taking to high-school basketball, and that's mainly down to the efforts many schools, players, and we have made to create interest. That's why you can think of the Rising Stars basketball camp as another opportunity for fans of the sport to catch their favorite teams in action, and players will get another chance to play." Said a representative for Supreme Courts Basketball.

She added, "Like always, all games are streamed directly via our website. We urge fans to make a note of when their teams are playing by visiting our website. That said, we will have loads of other games scheduled through 2022, so there is a lot of good stuff to follow."

Supreme Courts Basketball aims to make the Rising Stars basketball camp the best way for players to get noticed. It also helps youngsters receive the attention they need to make it to the big leagues, i.e., college basketball, but it all hinges on putting on an excellent performance.

Chicago-based Supreme Courts is one of the most trusted and highly reputed professional basketball courts in the city, with a state-of-the-art gymnasium. At present, the facilities consist of large, full-sized courts that are mainly designed to play tournaments. In addition, Supreme Courts is also the battleground for many youth basketball teams, playing across various tournaments each year. The court has received recognition for providing 'best in class facilities' to young basketball players who aspire to play professionally. 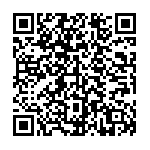 California Could Generate Over $30 Billion Per Year If Sportsbook Is Legalized; Will Sports Betting Be Legal In CA?