Your National Guard servicemembers are your neighbors. They're in your community, they're there with you when there's times of need, they answer the call/

Even as a young child, Krenz knew he wanted to become a soldier. Two of his grandfathers had served in the U.S. Army and Marine Corps, and their stories and passion spurred Krenz to follow the same path of military service. In 2003, he followed his dream and joined the Colorado Army National Guard as a recruiter. After five years of scouting and maintaining retention for Company C 5th Battalion, 19th Special Forces Group, he became a Training and Development Specialist for the Army National Guard (ARNG), working out of Camp Robinson, Arkansas.

In October 2009, Krenz deployed to Bagram, Afghanistan where he was the Afghanistan Theater Army National Guard Senior Forward Deployed Career Counselor. He tracked personnel retention data and offered guidance to his comrades about their occupational goals. Throughout his assignment, Krenz’s family was at the forefront of his mind. He recalled the experience, saying, “Deployments are a very unique experience. You don't know what to expect when you go on any sort of overseas deployment, let alone deployed to a combat area of operations. But the nerves, to be very honest, come back to the family that you're leaving behind.” After the end of his deployment in May 2010, Krenz returned to working in human resources with the ARNG, a field where he had found his niche. In just five years, Krenz worked his way to becoming Human Resources Quality Assurance and Compliance Director, where he oversaw all 54 ARNG recruiting stations.

After 13 years of working with and advocating for his fellow Guardsmen, Krenz took representing the ARNG to a higher stage: Congress. With his new position as the Legislative Liaison for the National Guard Bureau, Krenz played a key role in promoting the organization’s interests to federal lawmakers. Among the many changes he effected, one of the most significant occurred in December 2016. Until that point, National Guard and Reserve members could not be considered Veterans unless they served at least 180 days of active duty under federal orders. Even if an individual had served honorably for 20 years, they would not be able to call themselves a Veteran. Krenz’s work on this matter broadened the Veteran title to include Guardsmen and Reservists if they have honorably served at least 20 years. This new consideration made its way into the Miller-Blumenthal Veterans Healthcare and Benefits Act, which was signed into law.

Krenz retired from the ARNG in March 2021 after 27 years of military service as a Sergeant Major. While he no longer wears the uniform, he is still very much part of the ARNG. In his current role as Executive Director of the Enlisted Association of the National Guard of the United States (EANGUS), he continues to fight for the needs of Guardsmen, current and former.

Another part of Krenz’s new mission is to raise the public profile of the National Guard to the respect it deserves. Despite being essential to the nation’s safekeeping, the National Guard tends to be underappreciated by many Americans. “The biggest thing is that your National Guard servicemembers are your neighbors. They're in your community, they're there with you when there's times of need, they answer the call,” Krenz explained. “There's no branch like the National Guard. There's no service that will put their lives on hold to deploy to a combat zone and also do the same type of thing but deploy to someplace in the continental U.S. to defend their local communities. These individuals go ahead and drop what they’re doing, and their families are willing to sacrifice.”

The NFM Salute is an initiative in which one military member or Veteran is chosen each month to be honored as the "Salute of the Month." Salutes are chosen from nominations on the NFM Salute website, www.nfmsalute.com. The "Salute of the Month" is featured on the website with a biography and information about his or her service. NFM Lending will donate to a non-profit in the Salute's name. NFM Lending is proud to donate $2,500 to We Care for America on behalf of Krenz. NFM looks forward to the opportunity to continue to honor military service members and Veterans through the NFM Salute initiative.

NFM Lending is a mortgage lending company currently licensed in 42 states in the U.S. The company was founded in Baltimore, Maryland in 1998. NFM Lending and its family of companies includes Main Street Home Loans, BluPrint Home Loans, and Freedmont Mortgage Group. They attribute their success in the mortgage industry to their steadfast commitment to customers and the community. For more information about NFM Lending, visit www.nfmlending.com, like our Facebook page, or follow us on Instagram. 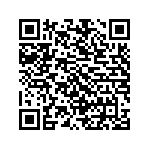