Wes Barefoot Talks About the Freedom of Franchise Ownership

Wes Barefoot teaches people how to take control of their lives and achieve freedom through business ownership. As a Franchise Consultant, he assists people in understanding franchising and determining if it’s a good fit for them.

Listen to the complete interview of Wes Barefoot on Mission Matters Money Podcast.

What mission matters to you?

Barefoot says his mission is to help people achieve and maintain freedom in their lives by becoming entrepreneurs. Path To Freedom concentrates on assisting people with the transition into franchise ownership, helping anyone who wants to learn more about the world of franchising.

How did you start your business?

Wes says he fell backwards into franchising. Wes was recruited by an up and coming franchise company in the service industry. There he learned how franchising should work, and the many benefits that can come with franchise ownership. Wes worked in a Franchise Sales and Development role, where he guided prospective franchise owners through a thorough due diligence process, and learned how one should go about investigating a franchise opportunity. This experience took Wes to work for another Franchisor where he took over their Franchise Development efforts and helped that company double the size of their franchisee network over a two and a half year period.

Through working for Franchisor, and helping many other people realize their dreams of business ownership, Wes and his wife learned that they too wanted to be business owners. They invested in their first franchise business in 2017, and have since built that into a successful, seven-figure business.

Due to the success in his first franchise, and the positive impact that business ownership had in his life, Barefoot started Path To Freedom as a franchise consultancy where he can help others learn what he’s learned. Path To Freedom is a platform that allows Wes to help people take a methodical approach to what, for most, would be an overwhelming process on their own. Since founding Path To Freedom, Wes and his wife have invested in a second franchise business, now making them multi-brand/multi-unit franchise owners across two states. Barefoot says that he and his wife plan to continue investing in franchise businesses where they can build teams and delegate work to them, allowing themselves the time to work on their businesses, and not in them.

What attracted you initially to become a franchise consultant?

Barefoot’s work in the franchise realm has helped many people open franchises of their own, and he says he understands and appreciates the pacing and processes involved in franchising. Franchise ownership is not for everyone, but there are many, many people that have and could benefit from owning the right type of franchise. Unfortunately, many people have never considered franchise ownership, or they go about finding a franchise the wrong way. Wes’s goal is to help people identify, and investigate franchise businesses that have a high likelihood of being the right fit for them, and helping them accomplish their goals. Wes’ process allows him to really get to know the people he’s working with, and match them up with the right franchise model for them. So many small business owners end up being run by their business, which is the opposite of why most people get into business for themselves in the first place. Path To Freedom is about helping people actually create more freedom for themselves, through owning the right type of business for them.

Who do you think should invest in a franchise?

Many different kinds of people could get involved in franchising, Barefoot notes, including people who have worked in the corporate realm but always wanted to be their own boss; those who are frustrated with the monotony of corporate life; high-level executives who don’t want to leave their jobs but do want to build an asset they can sell in the future; and existing business owners who have been through all the ups and downs of entrepreneurship and who can adapt easily to franchising, diversifying without diving into something completely new and unknown. There are many types of franchise businesses, with a variety of business models, and expectations for the role of the franchise owner. There is a franchise model out there for just about anyone that’s serious about getting into business for themselves, and sees the value in being a part of a great franchise organization.

Some people, however, aren’t well suited for franchising, he notes. Some franchises have specific regulations that may not be fully appreciated by someone who doesn’t want to work in a framework that’s being provided for them by someone else. For them, he says, franchising may not be the answer, but for many others, it can be.

What does Path To Freedom do?

Noting that there are thousands of franchise businesses in the world, Barefoot says Path to Freedom makes sure clients are clear about their goals, understand what they’re best suited for, and have the tools they need to choose the right franchise for them out of the dizzying array of options.

Best of all, Barefoot explains that his services are FREE for the people he consults with. His business model is built so that the Franchise companies he works with pay him for his services, allowing him to provide his consulting free of charge to the individuals he helps!

Path to Freedom also shortlists brands to narrow the field for clients trying to find the right fit. As Barefoot gets to know the the individuals he works with, he can leverage his knowledge of the many franchise brands he works with, to help them narrow down a list that’s. Barefoot’s process is centered around helping people identify franchise opportunities with the right business model to help them accomplish their goals. From there, he provides extensive guidance as people work through the due diligence process with the franchise brands that have been identified. Wes notes that there is an art to thoroughly investigating a franchise opportunity to determine if it’s the right fit. Too many people do not conduct their due diligence the right way...Path To Freedom is all about helping people investigate franchise businesses the right way. Ultimately, giving people the tools they need to find a great franchise business, and set themselves up for success!

What are the types of franchises?

Barefoot says many people think of franchising strictly as businesses in the food sector, but he notes that there are more than 4,000 franchise opportunities alone in the US today, many of which have nothing to do with the food industry. Automotive care, childhood education and services, health, and wellness, senior care, home improvement, and more are all in the mix as well, which can be better for those who aren’t interested in the restaurant business, in which capital investments can be steep. Barefoot advises that selecting the right franchise opportunity is not only about the product or service that business provides. It’s also about finding a business with the right model that is best suited to helping someone achieve their goals.

How much capital is required to invest in a franchise business?

In the US, he notes, the franchising sector is regulated by the Federal Trade Commission, which requires Franchisors to follow certain processes and documents to be filed. Under those regulations, all franchisors must give people an "estimated initial investment range,” which includes the initial franchise fees which must be paid in order to become a franchisee (currently, these fees generally total $50,000-60,000 per franchise), as well as expenses that would likely be incurred before opening the business; these range from real estate and infrastructure to inventory and equipment; and also working capital the franchisee should have on hand after opening. Service-based franchises, Barefoot notes, typically don’t require nearly as much capital, due to less infrastructure and real estate needs. There are many great franchise opportunities that can be started for as little as $100,000 to $150,000 in total capital.

One of the many benefits to investing in a franchise business, is that no one should be going in blind. There is so much data that can be accumulated and analyzed prior to commitment to invest in a franchise. If the research has been done properly, franchisees should have a very clear understanding of how much capital they need to get their franchise open, and to operate it until they can expect to get to positive cash flow. Path To Freedom also provides guidance for funding strategies. There are many funding mechanisms that can be leveraged to secure the majority of the capital needed to invest in a franchise business.

Tell us more about the Path To Freedom podcast.

“The podcast was started immediately after Path To Freedom began,” Barefoot says. “It’s not only about franchising; but also features many successful entrepreneurs as guests from a wide array of industries and backgrounds. It is a platform for those who desire to become business owners but don't know how to get started.”

“It also helps small businesses looking for a way to grow and get better but don't know the right path,” he explains. The goal of the Podcast is for Barefoot to be able to share his experience, along with the experience of many other successful entrepreneurs to help aspiring entrepreneurs get started, and to help existing business owners take their businesses to the next level.

The podcast’s guests include founders of franchise companies, franchisees, executives, franchise fund organizations, and even successful entrepreneurs who have never done any franchising in their lives. The goal, Barefoot says, is to create a platform where people can learn from others following their own paths to freedom, inspiring listeners to create their own.

Visit http://path2frdm.com/ to explore podcast episodes and FAQs about franchising, or reach out to Wes Barefoot directly at [email protected]

If interested in speaking with Wes about franchise ownership, and learning more about his process to help people find the right franchise business, please reach out to him directly at: [email protected] or submit a short form at: http://path2frdm.com/contact/ 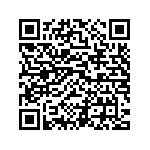