Entrepreneur Nelson Quest has one of the fastest-growing personal development YouTube channels in South America, racking in over 250k subscribers in just his first year.

What started as a hobby became a wildly popular venture, and Nelson says his mission is to create the sort of content he wishes he had to guide him when he was younger.

Listen to the complete interview of Nelson Quest with Adam Torres of Mission Matters Marketing Podcast.

AgentFire.com, Nelson’s company, is a real estate website platform that helps real estate agents, teams and brokerages across North America to stand out as the hyperlocal authorities within their individual markets. Boasting over 40 employees and hundreds of 5 star reviews on Facebook & Google are consistent with Nelson’s love for employing others and keeping clients happy.

How did you get started as an entrepreneur?

“Honestly it was by accident,” Nelson says, noting that he started his career as a freelance web designer, and the business just sort of grew out of a series of “logical next steps.”.

At the age of 13 he was rendering 3d models of fighter planes, and by 14, he had hosted a website where he would post photos and reviews of the role-playing video games that he loved.

Many years later, after graduating from school with a degree in economics, he was planning to start a real estate brokerage with his father, who quickly determined that Nelson wasn’t emotionally mature enough to co-launch a family business just yet.

Before making this decision, Nelson’s father tasked him with creating a website for the brokerage - which went on to win an award that Nelson would end up using to secure his first few clients as he embarked down the path of digital entrepreneurship.

How did AgentFire.com come about?

In the early years, Quest says, he built websites for as little as $100 apiece. Over time, his design skills improved, as did the speed of his development work, and his prices leapt into the thousands. He hired a couple of people to help with specific processes and developed a sellable package for clients; thus, AgentFire.com was born.

He notes that he was one of the first people in the real estate space talking about “hyperlocal” and how important it was for agents to focus their efforts on niche markets like oceanfront luxury condos, military relocation, and so on.

“I worked with a team of developers to create our Hyperlocal Area Content System,” he says. “It allowed real estate agents to create pages for the specific neighborhoods or cities within a specific market. These pages would have information like property listings with demographic data, school data—you could customize it with photos and videos.”

Nelson also attributes AgentFire’s incredible growth over recent years to their unique ‘platform’ approach, whereby users start with the website and then scale up at their own speed with powerful addons and pre-selected experts for CRM, PPC and Marketing.

AgentFire’s sales team also receives advanced training in lead-capture and marketing methods, SEO, and more broadly speaking, “how agents can succeed using their websites.” As Nelson explains, agents at any point in their careers can explain their specific goals to the team and name the market they want to target; in return, the team recommends the exact package that agent needs to achieve digital success.

“I reached a point where I realized I can do anything that I want to,” he says. “So I launched a YouTube channel and made videos that I wished I had access to when I was younger."

So far, the videos are in Spanish, most with English subtitles included for greater reach. In December 2021, Nelson says he’s aiming to launch an English-language, where he says he already has about 20 videos queued up and will be spending significantly in YouTube ads to hyperjump to hundreds of thousands of subscribers. .

Alongside his YouTube channel and business, Nelson says he’s also currently working toward his goal of climbing the tallest mountain in every continent. That’s nine mountains total; he’s already climbed three. He’s also training for his first boxing match coming up before the end of the year, with his eye on an eventual national title in his long-time country of residence, Colombia. 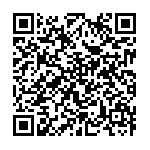