As we are on the doorstep of 2022, we can review how manganese continues to be overlooked and underappreciated, but manganese is poised to breakthrough in the upcoming years, it just may hold the key to all future EV vehicle manufacturing. The price of manganese has increased 100%, experts are predicting a shortage of high purity manganese and Manganese Xs (HPMSM) High Purity Manganese Sulphate Monohydrate will be an integral part of the upcoming battery chemistry revolution as a precursor to the cathode for EV’s and Hybrid electric vehicles.

General Motors is acutely tuned to a North American initiative of sourcing their EV components domestically in order to secure production and manufacturing.

“GM executives cast the initiative as yet another step in a broader effort by the Detroit company to shore up its domestic EV supply chain as it competes for leadership in the EV market and spurs mainstream adoption of plug-in vehicles.We are building a sustainable and resilient North America-focused supply chain for EVs covering the entire ecosystem from raw materials to battery cell manufacturing and recycling.”

A new solid state lithium battery developed by Colorado-based lab Solid Power brings solid state battery technology to the masses as the first of its kind to be truly economically viable. Solid state batteries function at extreme temperatures, last longer, and are safer than the lithium-ion batteries that most of our technology currently uses.

The new technology has important implications for many industries, including the electric vehicle (EV) industry.

What is a solid state battery?

In simple terms, a solid state battery is a battery that uses a solid material as an electrolyte, as opposed to the lithium-ion batteries most modern technology currently employs, which use a liquid electrolyte. The liquid electrolyte is what is responsible for starting electrical fires that involve batteries.

It is likely that the commercialization of solid state batteries will revolutionize the way we experience technology due to a longer battery life and ability to survive the harshest conditions The most prominent solid state battery applications include:

Manganese is already a component in the two most commonly manufactured batteries worldwide — the lithium-ion battery and the nickel-manganese-cobalt (NMC) battery.

In September 2021, engineers at the University of California San Diego (UCSD) announced the most efficient and best-performing solid state lithium battery developed to date. This battery made use of manganese oxide in its cathode. While Solid Power has not publicly released the chemical makeup of their solid-state battery, industry experts predict that commercially available solid state lithium batteries will contain manganese.

“The battery metals focused firm is working to develop its Battery Hill project towards production, with the intent of supplying value-added materials to the lithium-ion battery and other alternative energy industries. Kepman says he is hopeful the group's preliminary economic assessment would be ready within 60-90 days.”

Martin Kepman CEO of Manganese X Energy Corp explains that, “Manganese is a candidate for disruption in the lithium-ion battery space. Manganese has elemental qualities that have the potential to improve density, capacity, rechargeability, safety and battery longevity. The stability that manganese can bring to the equation is of a great benefit, versus the elemental qualities and combustibility of toxic cobalt. The idea that a solid state rechargeable EV battery or a traditional rechargeable EV battery could power 100 seat airplanes or space vehicles, is not far from becoming a reality. The current cathode, made up of nickel manganese cobalt (NMC) is the energy source of the lithium-ion battery. When the ratio of manganese is increased at the expense of cobalt, the battery performance, it’s safety and price will be greatly enhanced."

Q2: “You brought up the manganese purification process with Kemetco Research Inc again. Is this process proprietary to Manganese X? Can Kemetco use it on other similar resources independent of MNXXF? Do Manganese X Energy and Kemetco have the ability to form a JV and sell this tech to other manganese mines? If so, what and where would be the market given the limited Manganese deposits in North America.”

A2: “Yes, the manganese purification process with Kemetco is definitely proprietary to Manganese X Energy. Kemetco can not use it on other similar resources independent of MNXXF. There is the possibility of licensing out the technology. This technology can be used worldwide on either carbonate or oxide manganese. Martin reiterated the great relationship with Kemetco and spoke very highly of their professionalism, as well as with Wood, the developers of the PEA.” Source: .evranic.com - E. Vranic's Canadian Smallcap Investment Blog

“Electric planes can make only short urban or commuter trips because of the size and weight of the batteries. United could use the aircraft to connect hubs like Chicago O'Hare International Airport to smaller routes. Some of these routes have been cut by legacy carriers because they are too expensive. Source: Reuters. United Airlines to buy 100, 19-seat electric planes from Heart Aerospace

9SC2) with its head office in Montreal QC, owns 100% of the Battery Hill property project (1,228 hectares) located in New Brunswick Canada. Battery Hill is strategically situated 12 kilometers from the US (Maine) border, near existing infrastructures (power, railways, and roads). It encompasses all or part of five manganese-iron zones, including Iron Ore Hill, Moody Hill, Sharpe Farm, Maple Hill and Wakefield. According to Brian Way’s (2012) master’s thesis on the Woodstock manganese occurrences, that includes Battery Hill, the area “hosts a series of banded iron formations that collectively constitute one of the largest manganese resources in North America, approximately 194,000,000 tons. 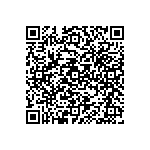