What we really started off as was an awareness movement because you can't really fix a problem if you don't know a problem exists.

Farrar grew up in Crewe, VA, a small town outside Richmond. He enlisted as a paratrooper in the U.S. Army in 1998. Three years into his service, the 9/11 attacks occurred. Farrar's company was called to the Pentagon to secure the area; The devastation struck him, sparking his desire to fight on the front lines. Farrar volunteered for combat missions and deployed overseas. From 2005 to 2006, he was a gunner in Baghdad.

In 2006, after eight years of service, Farrar left the Army. In doing so, he left the structured environment where he had spent most of his adult life. "Boot camp, the entire purpose is to take you from being a civilian to being a member of the U.S. Armed Forces, but they don't really do a good job of reverse engineering that process," he explained. "So anywhere from two to three months after you get out, you start to look around and realize, 'Man, this isn't what I thought it would be,' and you do start to feel like an outcast." Due to these struggles, Farrar spent months living out of his car and sleeping on friends' couches. These setbacks exacerbated his post-traumatic stress disorder (PTSD) and depression and led to a failed suicide attempt.

The close call with death became a turning point. During his journey to recovery, Farrar began taking mixed martial arts classes. The gym's instructor was impressed with Farrar's determination and asked him to bring his knowledge to the academy. This opportunity allowed Farrar to develop his coaching skills, and in 2007, he started the fitness business, Soldierfit. What began as a small class held in parks and rented spaces transformed into a network of 14 franchise locations across five states. Soldierfit's military-inspired training regimen helps people reboot their lives by building discipline, camaraderie, and accountability.

In December 2014, Farrar learned of a local soldier from Frederick, MD, who had committed suicide. He was troubled by the number of Veteran suicides that occur each year and the lack of public awareness of the problem. Well-aware of the challenges and psychological dangers many American Veterans face, he started his next passion project, Platoon 22, to raise awareness about this epidemic. The name alludes to the average number of Veteran suicides each day. "What we really started off as was an awareness movement because you can't really fix a problem if you don't know a problem exists," said Farrar. Platoon 22 provides many services to Veterans in crisis, including case management and benefits navigation. Recently, Platoon 22 partnered with Goodwill of Monocacy Valley to build a Veterans' Service Center to provide job training, transitional support, case services, counseling, and more. The center expects to open in 2022. His vision is to expand the model to other Goodwill centers around the country.

Farrar believes that Veterans are an invaluable resource to society. "They have exceptional leadership training, they have capabilities that our communities and our country need desperately," he said. "To lose that because we failed to honor our social contract and provide actual transitional support for the men and the women that put on the uniform and said they would fight for us, I think that's a travesty."

In addition to running his business and charity, Farrar enjoys spending time with his wife, daughters, and service dog in Gaithersburg, MD.

The NFM Salute is an initiative in which one military member or Veteran is chosen each month to be honored as the "Salute of the Month." Salutes are chosen from nominations on the NFM Salute website, www.nfmsalute.com. The "Salute of the Month" is featured on the website with a biography. NFM Lending will donate to a non-profit in the Salute's name. NFM Lending is proud to present $2,500 to Platoon 22 in honor of Farrar. NFM looks forward to the opportunity to continue to honor military service members and Veterans through the NFM Salute initiative.

NFM Lending is a mortgage lending company currently licensed in 48 states in the U.S. The company was founded in Baltimore, Maryland in 1998. NFM Lending and its family of companies includes Main Street Home Loans, BluPrint Home Loans, and Freedmont Mortgage Group. They attribute their success in the mortgage industry to their steadfast commitment to customers and the community. For more information about NFM Lending, visit www.nfmlending.com, like our Facebook page, or follow us on Instagram. 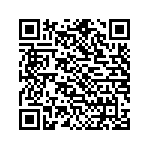