Esther Anaya puts in the hard work not only with her acting debut, but with singing and song-writing the theme song “009” for the upcoming Escándalo Secreto premiering on DistroTV. This film is the first original film to be featured on the free ad-sponsored streaming television service DistroTV. This film will have global exposure including 17 countries in Latin America and in the U.S.

A global audience is nothing new to Anaya. Her presence in the musical world spans over 20 years. She has connected with fans across the globe with her Latin, pop and electronic music style. Her uniqueness blends these styles along with her electric violin. Her musical history is rooted in classical conservatory training from the young age of 7.

In addition to her musical artistry, Anaya began to seek out acting opportunities. As a result, Cano not only approached her about playing a role in his upcoming film Escándalo, but asked her to also develop a classical soundtrack.

She is part of an international cast that is a celebration of cultural diversity. Danny Tejo, Reykon, Alejandro Gutierrez, Ninel Conde, Platanito, Lorena Herrera, Nitsia Chama.are some of the actors that make up this comical film.

The role he had in mind was the character Katalina. “I identified with the character because she is a very independent girl. She was social, classy and a well-centered character,” said Anaya. She added that “Cano gave me that one-on-one experience and that was great. He let me be very creative and brought to life the character of Catalina.”

The film’s inspiration was life itself during the pandemic. Cano took these circumstances and developed them further, down to capturing the scenes on camera. Actors were filmed in their own homes across the world. This unique approach had a small camera crew crisscrossing the globe with only two cameras and a camera crew of three. In one of the few in-person scenes, Anaya’s role as Katalina, played opposite of music performer Reykon’s character Jodini. Viewers will be entertained as Katalina is not only in love with obtaining fabulous hairstyles, but she is also in love with the salon owner Jodini. Will she triumph and win Jodini’s heart?

“009” Goes From Instrumental to Lyrical

Having assisted in the musical development of Dreamworks’ animated film Abominable, providing the original music for Escándalo furthered Anaya’s immense passion for developing original music. It wasn’t long before Cano recognized a golden opportunity and asked Anaya to add vocals to the theme song for the film. “I fell in love with the idea,” recalled Anaya.

Her role as Katalina inspired the lyrics and that led to the overall vibe for the theme song. “ I wanted to highlight the classic vibes with reggaeton that would be danceable,” the artist said with conviction. The birth of “009” was official.

While made during the pandemic under strict protocols, Anaya expressed that the opportunity “was a light in the desert.” Not being able to perform - this was another way to express myself. It [acting] came naturally. Instead of expressing myself through music, it translated into acting very easily. It sparked a new passion in my life for film.”

Escándalo Secreto Reveals Success Beyond Streaming: A Series and Sponsorship

Without even the premiere to showcase this hit, Anaya shared excitement about the original feature’s expectation for this blockbuster to become a series. This opportunity would further fuel her newfound passion for acting.

The gut-sensing success of this comedy also brought in the music video sponsor Hyla, a Los Angeles based botanical company.

Anaya’s talents will continue to be in demand with her Las Vegas, Nevada residency at Zouk Nightclub and Ayu Dayclub beginning March 2022. Her talents are alongside fellow dynamos Tiesto, Zedd and DJ Snake. Her schedule also includes developing an extended play (EP) record with Grammy award-winning Humberto Gatica.

While her work life is a force to be reckoned with and takes her across the world, Anaya’s commitment to her Los Angeles, California community is firmly planted in its mission. Anaya’s non-profit organization ASAF Angels changes lives through music. From teaching music education, providing instruments, one-on-one music lessons, and access to music technology, underserved communities have pathways for personal growth and success. Anaya’s dream is to expand these opportunities globally. 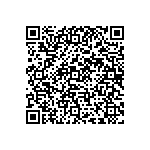