After months of setup, buildout, and preparation, ENDURE Studios will officially open up its Nashville studio in June. Founder, Jay Denton, will be working back and forth between Los Angeles, and Nashville, but will be tracking his first full productions out of the Nashville space, and stepping back into the scene where he started his career and what has now become ENDURE Studios.

With 21 tracks released already this year, including Faith Richards’ 14 track album, I’ll Bloom When I’m Ready, Denton and the Endure team are preparing for EP releases by Madilyn Paige and Kissflame, singles by Aaron Kellim, Jay Denton, and Evan Wick, as well as developing some new artists they’ve been working with.

Faith Richards has been in Europe this spring where she has been shooting multiple music videos for her recent debut album - both in Paris and Norway - and her album track, “Alone In Paris” has been featured by BBC Radio in the UK. Aaron Kellim has been continuing his monthly releases - the latest was an acoustic version of “Hard Year” that he co-wrote with Jay Denton and Brittany Bookout, and produced himself. Denton’s latest single, “Live To See Tomorrow”, dropped in March, and his next will be a duet with Aaron Kellim on May 31st.

A new chapter is beginning for ENDURE Studios as it officially steps into the Nashville music scene, and you can expect a lot of new music from both Nashville and Los Angeles as the year continues. 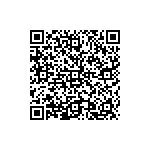 INTERNATIONAL DOCUMENTARY TO PREMIERE IN FORT WORTH , TEXAS