If you haven’t tried any of Indiana’s Premier BBQ Sauce from JohnTom’s Barbecue, you should!

Summer is over but we aren’t giving up BBQ quite yet. Many even enjoy BBQ dishes during the holidays. I have a great story of a barbecue sauce brand created by three men, Rodney Robinson, Lathay Pegues, Terrell Cooper.

John Tom Branson, the grandfather of 2 of the co founders, is the inspiration behind the product. His love for barbecue was undeniable. Born in the "Deep South," he relocated his family to Indiana, where he continued to define his barbecue passion. On most summer weekends, you would find John Tom "woodsmoking" meat and selling BBQ dinners to loyal neighborhood customers. The locals felt his presence, but it was his secret sauce that made him a BBQ legend. John Tom's eldest grandson was usually right by his side, helping prepare each batch. While he was too young to remember the recipe, he tried to replicate the secret formula years after John Tom passed away.

After nearly five years of trial and error, he still hadn't duplicated his grandpa's recipe, but surprisingly created his own and everyone loved it. The sauce is now sold in many retail stores across the country. 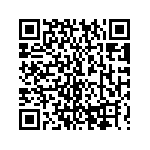 Gobble Up Some Smoke Signals Meals in the New Year