G.L.A.M. Body Scrubs available nationwide as founder gives back to the community.

G.L.A.M. Body Scrubs is a line of all natural body scrubs that are available in major retail stores throughout the entire country.

Products founder, Tiffany Cartwright, is a former Assistant Attorney General and former Administrative Law Judge for the State of Michigan who was laid off in 2012 due to State budget cuts. She returned in 2015 but was again released in 2016. “I went from University of Michigan Law School, Assistant Attorney General and Administrative Law Judge to unemployed, no health insurance, no money, and a bridge card. I lost everything!” says Cartwright.

Determined not to give up, she developed a line of body scrubs mixing natural ingredients she started using to treat her daughter’s eczema. For years she had given the scrubs out as birthday, Mother’s Day, and holiday gifts but never dreamed she’d be sharing those same scrubs with Walmart customers throughout the country. “This is truly a dream come true!” says Cartwright.

Cartwright successfully pitched her body scrubs at a major retailer’s Open Call, an annual initiative targeting products made in the U.S. “When my buyer said yes, I literally cried..they had no idea what I went through just to get there” Cartwright shares.

Currently, G.L.A.M. Body Scrub can be found in over 400 major retail stores across the country. Tiffany was featured in Entrepreneur Magazine for this achievement.

Check the brand out online

Original Source of the original story >> G.L.A.M. Body Scrubs Lands Major Retail Deals and Still Finds Time to Give Back 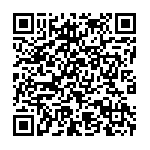 Beauty And The Butchers Burger Joint: A One-of-a-Kind Restaurant with Unforgettable Flavour and Architecture